With all of the analytics logic being described as code using AML, it is natural to be able to check them into a revision control system such as Git.

With Holistics’s Git Integration, your Holistics codebase is now powered by Git. You can track every change, perform code branching, change reviews for a better analytics development workflow. 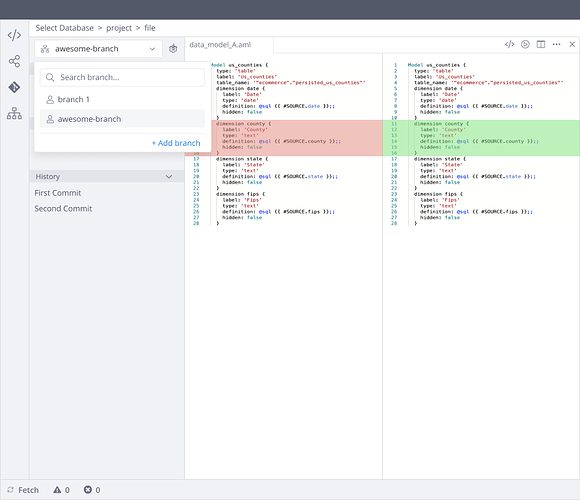 From the user’s perspective, the workflow follows a simple 3 steps:

We are opening for beta testers

You can refer to our document Git Version Control or reply to this topic for more information or beta access to the feature.

Hello, a very interested user here! Any recent updates on when the beta will be made available :)?

Hi @anthonytd , I just completed the form. Thanks!